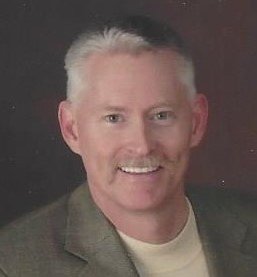 Timothy Ewell “Tim” Trumble passed away July 21, 2019 in Longmont, Colorado, with his loving wife Linda by his side. He died of lung cancer though he never smoked. A “Celebration of Life” Memorial Service will be held at 2:00 p.m. on August 11 at Lionsgate Event Center in Lafayette, Colorado; a reception will follow. Tim’s brother-inlaw, Quinn Fox, will officiate. All are welcome to attend and celebrate Tim Trumble’s life. Tim is survived by his wife, Linda Webster Trumble; brother, Tom Trumble (Sharon), sisters, Jane Trumble and Nancy Fox (Quinn); stepmother, Lynn Dickens Trumble; and numerous in-laws, step siblings, cousins, nieces, grand-nieces, nephews and grand-nephews on both sides of the family.  He was preceded in death by his parents, Patricia Ewell Trumble (1995) and Edward Patrick Trumble (2018).  Tim was born on June 20, 1960 in Boulder, Colorado. His father, Ed, founded Leanin’ Tree Greeting Cards, the family business to which Tim dedicated his working life.  His mother, Pat, was an avid sportswoman who loved horses, orchids and photography.  From both parents Tim acquired a strong belief in independence, adventure and  self-responsibility. One way his father shared those values with Tim was through their involvement with the Boy Scouts. The strength of character Tim developed through the Scouts helped him earn induction into the Order of the Arrow and the highest rank of Eagle Scout. The foundational values of scouting provided him an anchor throughout life. As a young man, Tim developed a great interest in music, theater and the opera, which remained life-long passions, along with many outdoor adventures including skiing, scuba diving, range shooting and hiking. Tim graduated from Boulder High School in 1978, attended Colorado College, and graduated from Barnes Business College in 1991 with five top honors, bringing solid business skills to the family enterprise.  He excelled in Accounting and English which he utilized throughout his career at Leanin’ Tree. Tim married Linda Sue Webster in 1997.  Their life together was one of true love, adoration, devotion, and respect.  They were inseparable best friends.  His commitment to and relationship with his wife was an inspiration to those who knew them. Tim and Linda traveled the world together, making friends along the way. They also collected many special friends through their involvement and support of the Colorado National Guard and Linda’s involvement with Sew Much Comfort, a military support charity.  This large and enduring extended family of friends supported them with love and encouragement through their gallant five-year fight against Tim’s cancer.  Tim was the most amazing husband, brother, uncle, friend, colleague and citizen.  To spend time with Tim was an adventure and learning experience. He had an upbeat attitude and an infectious love of life. He and was always happy to share his knowledge and life experiences. He showed great determination, discipline, genuineness, and generosity in all he did. Tim was genuinely good and honest—a true gentleman. Some of this was just who Tim was, and some was earned through hard lessons. In his early twenties, he wrestled with and beat the demon of addiction. Throughout the years since, he has helped others by offering support and encouragement to anyone experiencing a similar challenge. His willingness to share his story with others showed the true compassion in his soul.  Tim was the family’s rock, the trustworthy “designated driver,” the one everyone relied on to keep everything organized and running smoothly.  He was the first one called in any emergency, and always there when anyone needed him.  He was honest, dedicated and extremely thorough. He led by example. Tim loved America and the values he knew made America great. Linda said many times, “He is the most patriotic person I have ever known.” His upbringing by two Depression-era parents and through scouting grounded him in a deep belief in the American Spirit. Tim wore his love for the country that offered his family the opportunity of “life, liberty and the pursuit of happiness” on his sleeve proudly.  He was a patriot of the finest order, who left a legacy of service and represented everything good about this country. He was raised with a clear understanding that those who are prosperous and blessed in life have a responsibility to protect, nurture and give back to those less fortunate.  He never saw giving as an obligation; to Tim, giving was an honor. As one of Tim’s friends said, “To have Tim as a friend was winning the lottery of life.” Tim never complained about his illness or his treatments.  He met his fate with great bravery and determination. In his selfless way he was always more concerned with those who watched his courageous battle and those he would leave behind. Tim was an angel who shared his gifts and his life as though every day were his last. He truly believed that, In all our searching, the only thing we’ve found that makes the emptiness  bearable is each other. – Carl Sagan Condolences and remembrances may be sent to TFO@LeaninTree.com. In lieu of flowers, please consider a gift to the following organizations that were important to Tim: The Wild Animal Sanctuary in Keensburg. Tim always had a special connection with all animals. He has known the founders of the sanctuary since childhood and has supported their efforts for years. Donations can be made via Paypal to information@wildlife-sanctuary.org.  Checks may be mailed to the Wild Animal Sanctuary at 1946 CR 53, Keenesburg, CO 80643. TRU Hospice Care Center in Lafayette. Linda and the Trumble family would like to thank the devoted and generous caregivers at TRU Hospice Care Center for their kindness and compassion, they are TRU angels of care.  Contributions can be made at www.trucare.org/product/donation.

To plant a beautiful memorial tree in memory of Timothy Trumble, please visit our Tree Store

A Memorial Tree was planted for Timothy
We are deeply sorry for your loss ~ the staff at M. P. Murphy & Associates Funeral Directors
Join in honoring their life - plant a memorial tree
Services for Timothy Trumble
There are no events scheduled. You can still show your support by planting a tree in memory of Timothy Trumble.
Plant a tree in memory of Timothy
Print
Share A Memory
Plant a Tree