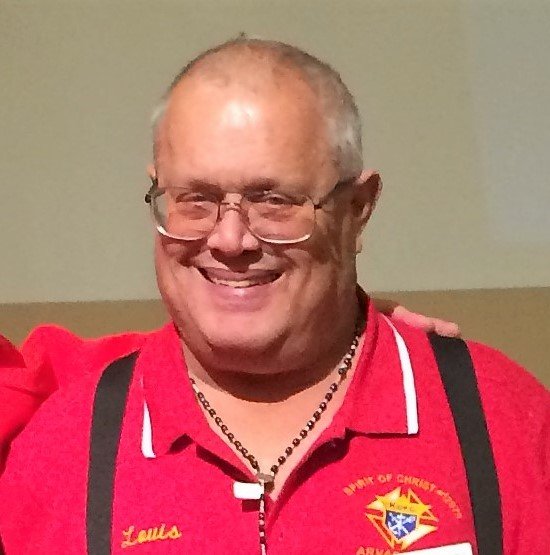 After graduating from Boulder High School, he joined the Navy as a Radioman. Shortly
into his Naval career he transferred to the Fleet Mail Department where he served
most of his enlistment. Most of Louis’ Navy time was spent on the USS McCandless
and it took him around the world. His shipmates became life long friends and he
enjoyed attending the reunions. Louis received a Commendation from the Navy citing a
“humanitarian gesture of the highest quality” for his efforts in disaster relief for
earthquake victims in Southern Italy.

After two tours with the Navy, Louis returned to Colorado where he lived the remainder
of his life. He worked at the Longmont Post Office in a number of positions over his
career until he retired in 2018. His favorite and final position, though, was as a Postal
Service Clerk because he enjoyed talking to and joking with the customers.

Outside of work, Louis enjoyed the entertainment business. He tried stand up and
improv comedy but was most successful as a professional LipSync performer. He was
hired to perform at private and company events. He also competed very successfully in
many competitions. It was one of his most enjoyable activities.

Louis enjoyed golf, the Rockies, fantasy football, and a variety of other activities. He
was active in his church as a Lector and was a 1st degree Knight in the Knights of
Columbus.

Most of all, Louis loved his family. He is survived by his parents, Louis and Martha
Gagliano, his brother, Mark Gagliano, his sisters, Jennie Hrdlicka and Robin Couture,
and 11 nieces and nephews.

Known as “Uncle Bear” to his nieces and nephews and “Gags” to his friends, Louis will
be missed for his joy, childlike exuberance, his appreciation of the simple things, lipsyncing performances, zest for love and life, his kind heart and
all his wonderfulness. He would end his telephone calls to his family saying “I Love You
Big Much”. That was who he was...a “Big Much Lover” of people and life.

The family will lead a rosary starting at 10am on July 25th at Spirit of Christ Catholic
Church in Arvada which will be followed by a funeral mass at 11am. Louis will have a
military burial with honors at Fort Logan National Cemetery in Denver.

In lieu of flowers, donations can be made in memory of Louis to Christ in the City by
offering a financial, food, or wish list item. Go to https://christinthecity.co/donation/ or
call (303) 952-9743 to find out how to donate in Louis’ memory.

To plant a beautiful memorial tree in memory of Louis Gagliano, please visit our Tree Store

A Memorial Tree was planted for Louis
We are deeply sorry for your loss ~ the staff at M. P. Murphy & Associates Funeral Directors
Join in honoring their life - plant a memorial tree
Services for Louis Gagliano
There are no events scheduled. You can still show your support by planting a tree in memory of Louis Gagliano.
Plant a tree in memory of Louis
Print
Share A Memory
Plant a Tree