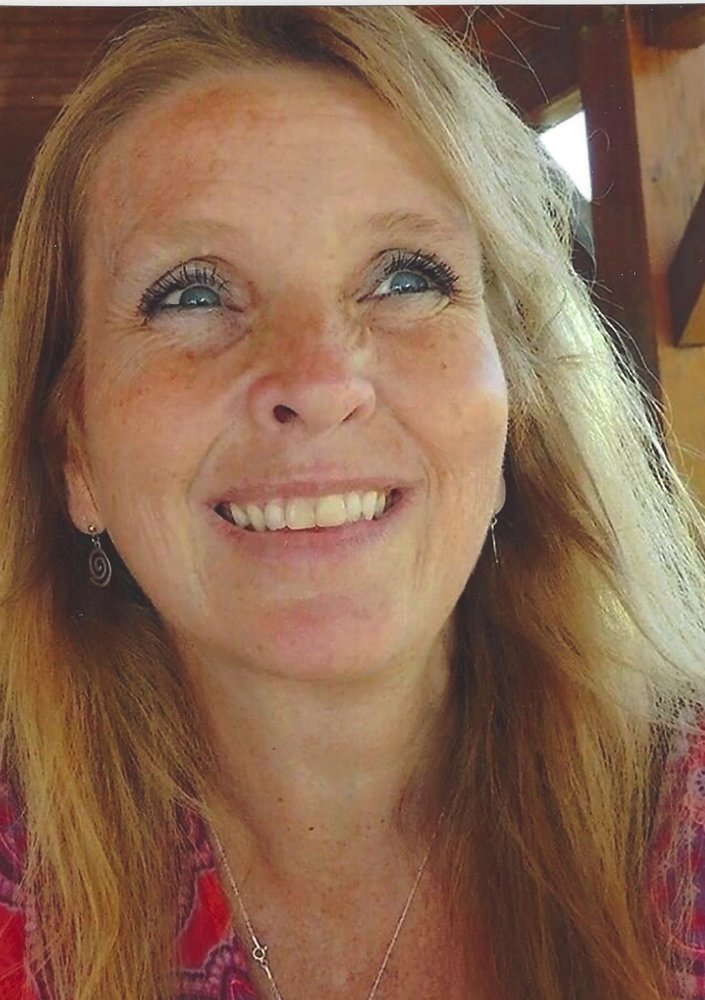 Her early years were full of family and friends, lots of love surrounded her. Her brother Jason was born October 10k 1973 and she was elated to have a real baby to mother. The family pulled up roots in late summer of 1974 and made the move to Colorado.  They made their home in the Rocky Mountains and “Dee” and Jason adapted immediately to rural mountain life. The years passed, a church was built and Dee flourished as a student in the Nederland schools.  She was a cheerleader throughout high school, and took care of children across Nederland, earning the title as resident babysitter of Calvary Chapel.

She went to Front Range Community College and achieved her Associates Degree in Early Childhood Development.  She ran the Before and After School child care at Nederland Elementary.  She assisted the teachers of the pre-school program and taught little kids to ski at Eldora.

Her son Caleb John Gibney-McGuire was born on March 10, 1991, and she married Charles McGuire in August of that same year.  Life goes on and on September 4, 1993, her daughter Elise Marie was born.

After Elise’s birth, the McGuire’s moved to Longmont and started working for Mt. Zion Lutheran School teaching Pre-K children.  She later took a director’s position at Seven Oaks Academy in Longmont.  Mr. Steve encouraged her to continue her education and she did – online.  As her career at Seven Oakes came to an end so, did her marriage.  She received her bachelors and master’s degree from the University of Hawaii.  She pursued and bought a home through the Thistle Program.  What joy filled her heart as she and her babies moved into their own home.  Dee took a position as a regional manager for Bright Horizons.  She married the love of her life Peter Long in November 2009.  The marriage added Peter’s girls Holli and Morgan to the family.

In August 2014, her daughter Elise blessed her with her first grandchild, Elijah David Singer.  In May 2015, Caleb gave her a grandson, Grayson Kieran Gibney-McGuire.  Elise married David Singer in July 2015, and Caleb married Stefanie in August 2015, and life couldn’t get any better.  Elise and David’s second son Jayden was born May 2016, and then Caleb and Stef blessed Dee with a beautiful granddaughter and name sake Chevelle Dee in September 2016.

However, the cancer diagnosis in December 2015 was upon her.  With the love of her family and prayers of her friends & church, she did major surgery, chemo and radiation treatments. The summer of 2016 was full of family and fun summer activities.  Life continued with Dee loving and caring for her husband, children and grandchildren.  In the fall of 2018, she left the hectic corporate world to concentrate on 1 school – the Goddard School of Longmont, she was so happy about the transition.  Christmas was big, and blessed.  The New Year came with lots of hope but the cancer would not give up.  In early April, Dee went in for a simple gall bladder surgery.  Cancer of the gall gladder and damage to the liver sent her to UC Health where attempts were made to save her liver and treat other cancers that had been discovered.  She remained positive and optimistic till her last breath on May 4th. Service to be held at Nederland Community Center, Nederland, CO. Saturday, June 8, at 1:00PM

To send flowers to the family or plant a tree in memory of Patricia Long, please visit Tribute Store
Print
Saturday
8
June