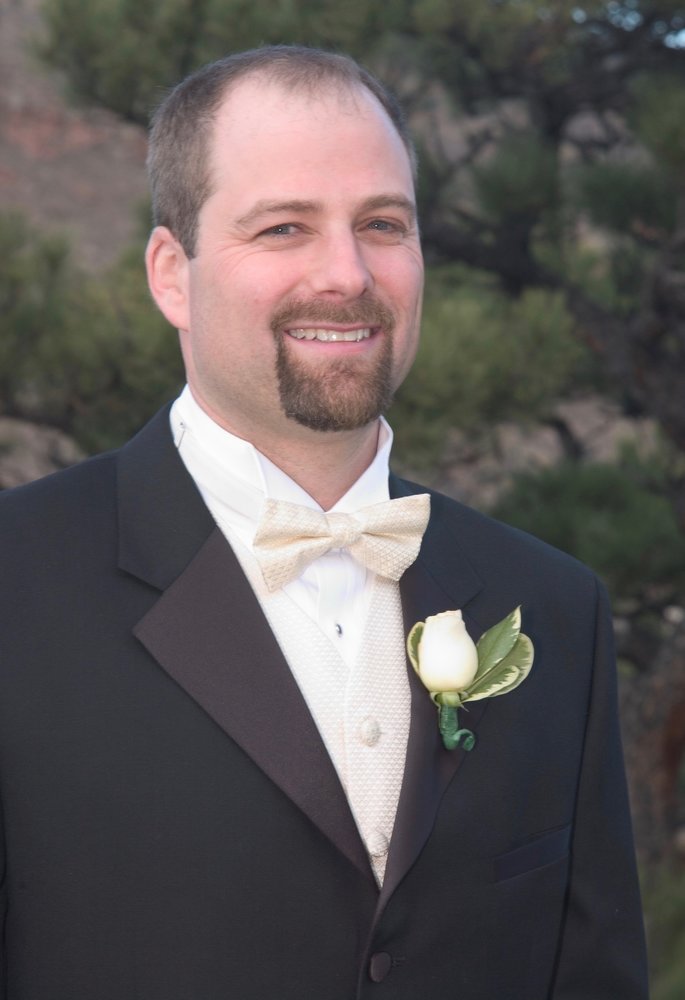 David Samuel Snyder, of Superior, CO, died after a three-year battle with pancreatic cancer on May 18th, 2019 at TRU-Hospice in Longmont, CO. He was 48.

Born August 27th, 1970 in Boston, MA to parents Alan Snyder and Molly Lorber Snyder, David grew up in Boulder, CO from toddlerhood, graduating from Boulder High School in 1989. He then headed west for his undergraduate studies (1993, B.S. in Commerce, Finance) from Santa Clara University (Santa Clara, CA) before returning to Colorado to earn his graduate degree from the University of Colorado-Denver (1998, M.S. in Information Systems). David’s subsequent career in Information Systems kept him right at home in Boulder County, as he worked for Storage Tek, Sun Microsystems and Oracle. It was during his tenure at Sun that he met Karen Crocker, and their romance blossomed. Karen fondly recalls a unique date from this period: David taught her how to snowboard. The two were married on November 6th, 2004 at Lionscrest Manor (Lyons, CO). In 2007, they had a son, Ian, and in 2010, a daughter, Isla. David’s energetic nature helped him embrace the joys of family and the challenges of career; further, he volunteered as a coach with Lafayette Youth Baseball, Louisville Youth Basketball and Broomfield Youth Soccer. He also taught himself to play hockey but decided to hang up his skates once the kids joined the family. David also enjoyed house projects. In recent years, he built a deck and remodeled the kitchen, both endeavors undertaken with his lifelong best friend, Bobby Lehman. But of all his recreational pursuits, David loved golf the most. A few years ago, just before his diagnosis, he was able to lengthen a work trip to Ireland so that he could play some of the legendary courses in the Dublin area. As a member of the Coal Creek Men’s Golf Association, David traveled to many beautiful golf destinations in New Mexico, Alabama and the incredible courses and coastal landscapes of Oregon’s Bandon Dunes. In 2018, family helped David realize a lifelong dream by inviting him to attend The Masters at Augusta National. Even post-diagnosis and in the midst of various cancer treatments, David did everything he could to maximize the fun in life. Karen emphasized that he “went from one treatment to the next, whatever would work, to buy himself more and more time. It was kind of a miracle, actually.”

The Snyder time of sorrow.family thanks you for your kind thoughts and loving support in this

To send flowers to the family or plant a tree in memory of David Snyder, please visit Tribute Store
Print
Tuesday
28
May