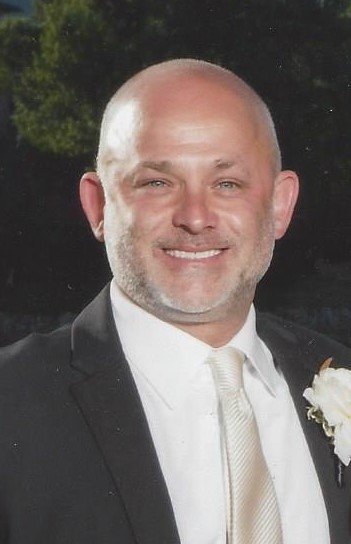 On Thursday, April 4th, 2019, Kingsley Stoken, loving son, brother, husband and father of four children, died at the age of 49.

Kingsley was born on September 14th, 1969 in Chicago, Illinois to Richard and Eva (Shockley) Stoken. Owner of Boulder’s #1 attraction Pedego Electric Bikes Boulder, and previously vice-president and general manager of Mercedes-Benz dealerships, Kingsley had an extraordinary career built on his creativity, exceptional business acumen and unparalleled ability to connect with people. On September 7th, 2013, Kingsley married Anne Wimmer and on May 19th, 2017 they had daughter Willa. Kingsley also is father to 19-year-old Jake, 17-year-old Eli and 12-year-old Aviva.

Kingsley had a passion for music that took him from fan of "New Orleans' longest-running and most successful rock band" the Radiators to executive producer of their 2006 album Dreaming Out Loud. Like his grandpa Joe, he was a die-hard Cubs fan – celebrating their 2016 world series win with the same impish joy he brought to every game he attended as a kid. Most importantly though, Kingsley was a friend to all. Kingsley found the light in everyone and let them know, taking them in with his smile, his willingness to listen, and his easy way.

Kingsley is survived by his wife Anne, his four children, Jacob, Eli, Aviva, and Willa, his father Richard (Sandra), his twin brother Andre (Kristi), his two sisters Deidre (Michael McClurg) and Antigone (Michael Davis), his sister-in-law Amy Wimmer, his brothers-in-law Hans Wimmer (Tamar) and Tyler Tofson (Heather), his nieces and nephews Anna, Ben, and Briggs, and a slew of friends who loved him dearly. He was preceded in death by his mother Eva.

A funeral service will be held on Tuesday, April 9th at Congregation Har Hashem at 11:00 am. In lieu of flowers, please send donations to Museum of Boulder-Children’s Discovery Zone in memory of Kingsley Stoken.

To send flowers to the family or plant a tree in memory of Kingsley Stoken , please visit Tribute Store
Print
Tuesday
9
April