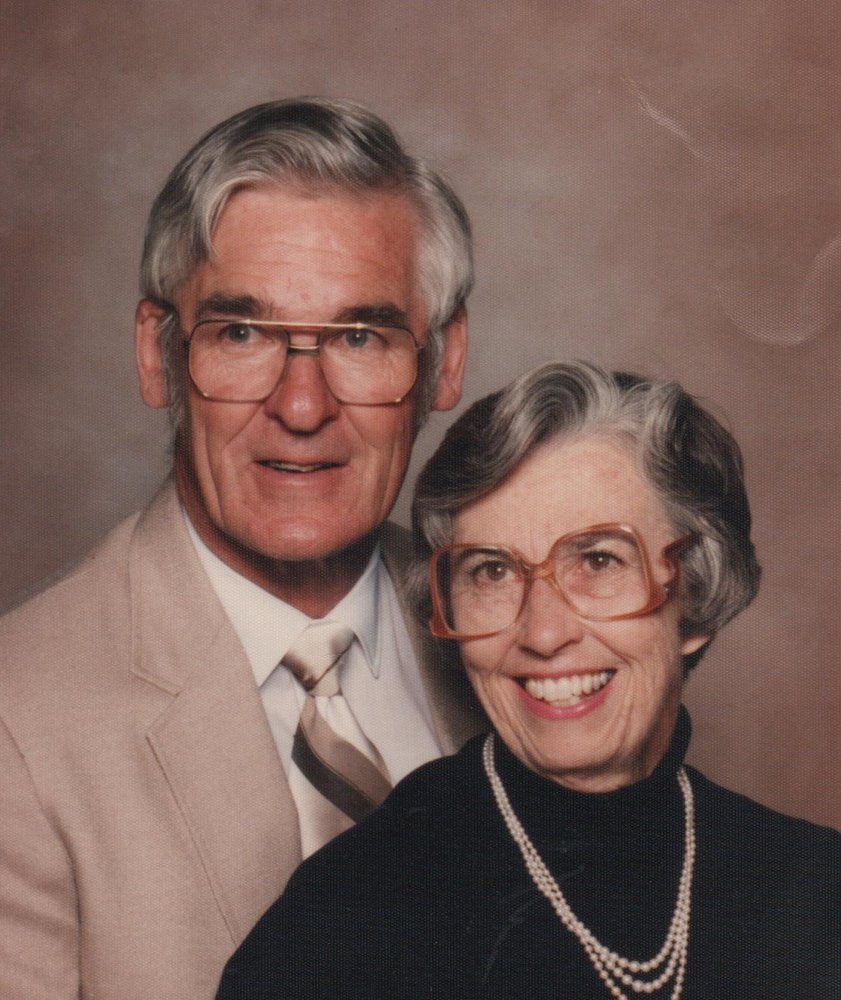 Born December 6th, 1929 in Minneapolis, MN to parents Merle Joseph Statler and Meta Marta Rohkohl. Ted grew up in the city of his birth, graduating from Marshall High School (Minneapolis) in 1937. During the 1940s, he very much enjoyed his work as a surveyor in the Dakotas. Ted enlisted in the United States Air Force in the early-50s and became a pilot, flying B-26 bombers during the Korean War. On October 21st, 1953, Ted wed Sylva Glen Bentley in Lubbock, TX. After his USAF discharge, Ted returned to college to earn his B.A. in Electrical Engineering (University of Minnesota, 1959). Shortly thereafter, Ted went to work for Hewlett-Packard in Palo Alto, CA. In 1963, HP opened a new facility in Colorado Springs, CO, and Ted moved the family to the city he’d call home for the next six decades. He stayed with HP until 1970, then set out on his own by purchasing a commercial-sound-system company, Contract Service Company. In 1974, he changed the name to Mid-America Corporation. Ted enjoyed having his son’s help with the company’s business, installing commercial sound systems, and continued the business until his retirement in 1991. Ted then volunteered his time, following the Broadmoor Jazz Club and running sound for the bands. In addition to loving the jazz bands of the 40s, Ted and Syl cherished their motorhome adventures throughout the United States, México and the United States. Ted also volunteered for the Colorado Springs Sertoma Club, helping others in need throughout the 80s and 90s. His charitable efforts further extended to his involvement with the Colorado Springs Elks’ Lodge, where Ted performed electrical maintenance, organized the mailing list and helped with swimming-pool upkeep. Most importantly, Ted was the adventurous father of four children, as well as “Papa” to seven grandchildren and four great-grandchildren, in all of whom he instilled a passion for music. As a family, camping, hiking and fishing were weekly events. Later in life, Ted enjoyed geo-cashing and beekeeping. According to his family, Ted’s life was a party, and everyone was invited! He will truly be missed.

Ted was preceded in death by his father, Merle Statler (1966), his mother, Meta Statler (2007), and his beloved wife, Sylva Statler, who passed just 13 days before Ted. Survivors include Ted’s sons, Steven Merle Statler (Susan), of Hillsboro, OR, Theodore C. Statler (Bridget), of Bend, OR, and Douglas F. Statler (Deanna), of Colorado Springs, CO; his daughter, Stacy A. Skelton (Peter), of Longmont, CO; as well as all his grand- and great-grandchildren.

Memorial service information will be announced at a later date. In lieu of flowers, please consider a donation in Ted’s name to Halcyon Hospice (PO Box 177, Mead, CO 80542-0177).

To plant a beautiful memorial tree in memory of Theodore Statler, please visit our Tree Store

A Memorial Tree was planted for Theodore
We are deeply sorry for your loss ~ the staff at M. P. Murphy & Associates Funeral Directors
Join in honoring their life - plant a memorial tree
Services for Theodore Statler
There are no events scheduled. You can still show your support by planting a tree in memory of Theodore Statler.
Plant a tree in memory of Theodore
Print
Share A Memory
Plant a Tree