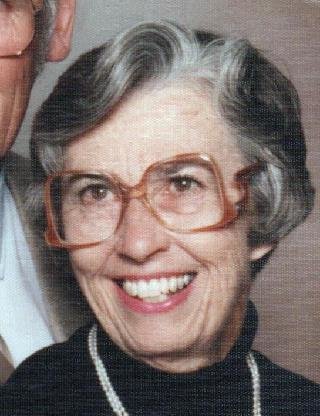 Sylva Glyn Statler, 91, passed away from cancer on January 16th, 2019 at her daughter's home in Longmont, CO.
Born May 2nd, 1927 to parents Connie B. Bentley and Eupha Myrtle (nee Lemon) Bentley, Sylva was raised in the city of her birth, Lubbock, TX. She graduated from Lubbock High School before earning her Bachelor of Arts (Fashion Design and Fabric, 1948) from Texas Tech University (Lubbock, TX). After college, Sylva worked as a stewardess for Delta Airlines, relishing the opportunity to interact with so many different people on a flight-by-flight basis. On October 21st, 1953, she married Theodore W. Statler in Lubbock. The couple soon settled in Colorado Springs, CO, and Sylva embraced the role of housewife as they raised four children: Steven, Theodore, Douglas and Stacy. As the children grew, Sylva worked as an office manager for Contract Service Company (1966-72) and Mid-America Corporation (1972-92), both companies owned and operated by Sylva and Theodore. She was one of the first volunteers with Colorado Springs Hospice, serving from 1975 until 1983. Sylva held memberships with the American Association of University Women and the Broadmoor Jazz Club, where Theodore worked as a recording engineer. The two of them especially loved big-band music. Most of all, Sylva was into the people around her; her entire life was geared towards people, from her friends to her colleagues to her family members. Her daughter, Stacy, remarks that "Sylva never met a stranger" when recalling the ease with which Sylva made friends. Her door was always open, a kind ear and sympathetic shoulder at the ready for anyone in need.
Preceded in death by only her parents, Sylva is survived by her dear husband, Theodore, of Longmont, CO; her sons, Steven M. Statler, of Portland, OR, Theodore C. Statler, of Bend, OR, Douglas F. Statler, of Colorado Springs, CO; her daughter, Stacy A. Skelton, of Longmont, CO; as well, seven grandchildren and four great-grandchildren.
Her family describes Sylva as "a beloved wife, mother and Grannie to her family and a friend to all. Her sense of fun and jokes was infectious. Even throughout the darkness of dementia, Sylva spent the days smiling and laughing...truly inspirational."
As Theodore currently remains in hospice care, the family has decided to hold a combined celebration of life for the loving couple and will provide specific information when the time comes.
In lieu of flowers, please consider a donation in memory of Sylva to either of the following charities:
Alzheimer's Foundation of America, www.alzfdn.org, 322 Eighth Avenue, 7th Floor, New York, NY 10001
Elks Club Colorado Springs, P.O. Box 7165, Colorado Springs, CO 80933-7165.
The Statler family thanks you for your loving thoughts and heartfelt prayers.