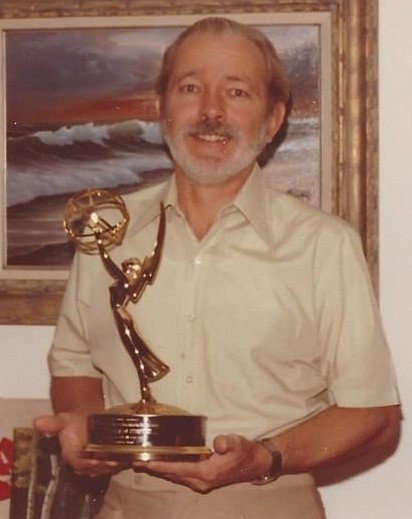 Dick Davis was a unique and complicated man who loved his wife of 61 years dearly. His family and friends look back in amazement at his many career accomplishments, which remain the basis of technologies still in use today.

Dick Dexter Davis passed away Dec. 31, 2018 in Lafayette, Colo. after a long illness, with members of his family by his side. He was 86.

He was born Dec. 31, 1932 in Doyle, Okla. to William Franklin Davis and Bonnie Bernisse Littrell Davis. He graduated from high school and attended college in Oklahoma.

Dick entered the U.S. Air Force in 1952, serving as a radio-technology instructor in West Germany. He was honorably discharged in 1957 with the rank of Staff Sergeant.

He married Erika E. Erlebach in Kaufbeuren, West Germany on Feb. 2, 1957. They enjoyed each other’s company immensely, raising a family and later traveling the United States and Europe together for many years after his retirement.

Dick worked as an instructor for the Federal Aviation Administration in Oklahoma until 1968, when he took a job as an electronics engineer for the Time and Frequency Division at what was then known as the National Bureau of Standards — now the National Institute of Standards and Technology, or NIST — in Boulder, Colo.

Representing his team, Dick received a Technology and Engineering Emmy Award from the National Academy of Television Arts and Sciences in 1980, and also was recognized by First Lady Rosalynn Carter, for the development of this technology.

Long before the internet age, Dick developed the automated computer time service, which would eventually evolve into NIST’s widely adopted Internet Time Service. He also later designed a GPS receiver that was so accurate it would serve as the standard for national measurement institutes like NIST throughout the world, which together form Universal Coordinated Time. Dick’s GPS receiver served as a principal standard for UTC for an unprecedented 26 years.

He was an outstanding electronics designer and mentor whose colleagues could not help but absorb his infectious enthusiasm for the research environment at NIST.

Private family services and burial will be held at a later date in Oregon.

Memorial contributions may be made to the Humane Society of Boulder Valley, boulderhumane.org or 2323 55th St., Boulder, CO 80301.

To plant a beautiful memorial tree in memory of Dick Davis, please visit our Tree Store

A Memorial Tree was planted for Dick
We are deeply sorry for your loss ~ the staff at M. P. Murphy & Associates Funeral Directors
Join in honoring their life - plant a memorial tree
Services for Dick Davis
There are no events scheduled. You can still show your support by planting a tree in memory of Dick Davis.
Plant a tree in memory of Dick
Print
Share A Memory
Plant a Tree