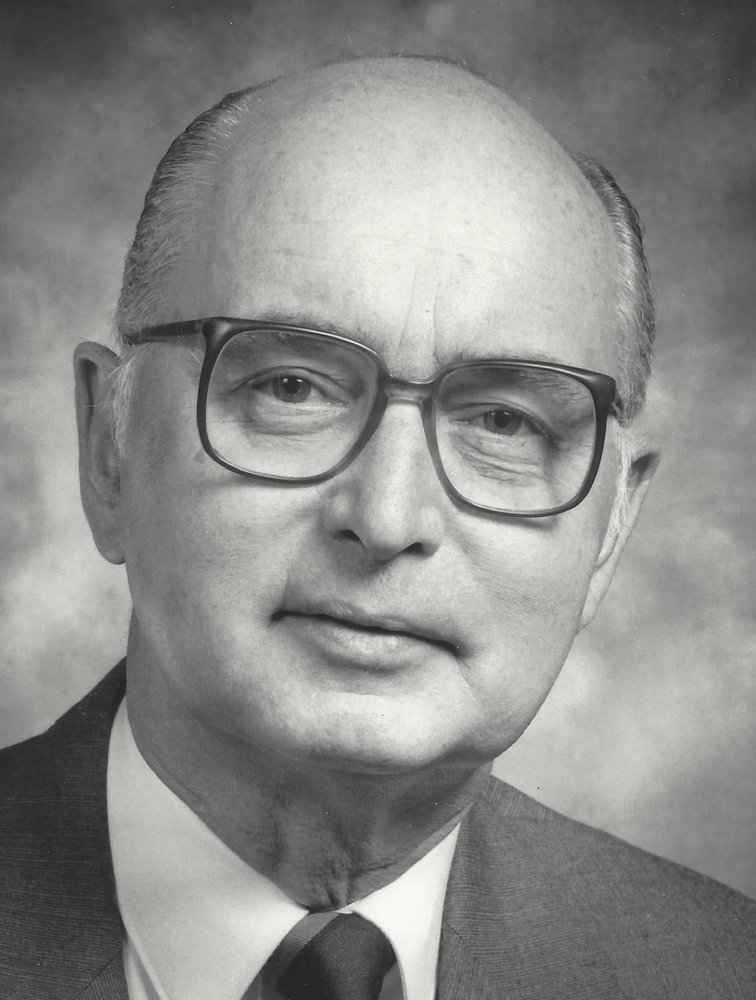 Wil Bernthal was born on June 16, 1920 in Frankenmuth, Michigan, to Richard and Agnes Bernthal. He served in the U.S. Army from 1942 to 1945, participating in the European campaign from Normandy to Germany, achieving the rank of master sergeant. He married Lorna Schreiner in Frankenmuth on August 30, 1946.

Wil relished the intellectual stimulation and challenge of university life. In 1981 he was recognized with the Stearns Award for exceptional service at the University of Colorado.

Surviving brothers are Edward of Waupun, Wisconsin, Fred (Shirley) of Morristown, New Jersey, and Herbert (Frances) of Frankenmuth. A brother, Arnold, and a sister, Lorine, preceded him in death.

Wil delighted in extended family relationships. He created and maintained treasured family traditions. He recorded and shared his memories of the family's past, from Michigan farm days through recent years.

Wil and Lorna celebrated over 70 years of marriage, filled with family activities including sports and travel. They explored the U.S. on many car trips, always on the lookout for educational and historical points of interest. Wil loved hiking in Colorado and taking photos to share in family slide shows. After retirement, he and Lorna participated in over thirty Elderhostel programs in the U.S. and abroad. The year 2000 saw them make the move from the family home on Forest Avenue to Frasier Meadows Retirement Community, where they found rewarding friendships and activities.

Wil was a lifelong baseball fan, as well as an avid pool and board game player at Frasier.

Wil and Lorna were members of Grace Lutheran Church for over fifty years. The church, at 13th and Euclid, will hold Wil's memorial service on Saturday, September 22 at 11 a.m., with inurnment in the Grace Church Columbarium.

The family thanks TRU Community Care, Frasier Meadows Assisted Living and Healthcare, and many friends and relatives for their loving attention.