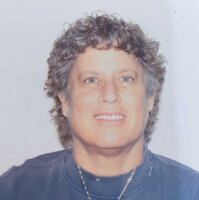 Jacqueline (Jackie) Sonia Wright of Boulder, Colorado passed away suddenly on October 16, 2021. Jackie was a proud Colorado native from Aurora, Colorado. She was a 1972 graduate of Aurora Central High School and a 1977 graduate of the University of Colorado in Boulder. Following high school, Boulder became her new home in order to attend the University of Colorado. She graduated with two bachelor's degrees: biology/pre-med and recreation management. While attending school, Jackie worked for CU Catering, where she catered for the CU Program Council concert events. During those events, she enjoyed interacting with celebrity guests, one of which was B.B. King. Always the ultimate storyteller, her abundance of good material increased with each guest, and B.B. King did not let her down as he simply asked for mere cookies and tea for his snack while allowing Jackie to hold “Lucille,” his famous guitar. Her artful word crafting resulted in winning the Tenth Annual Alferd Packer Day slogan contest at CU in the '70s with the jingle, “If you can’t beat 'em, eat 'em." Jackie had a great sense of humor. Finally, Jackie enjoyed the camaraderie of Gamma Phi Beta while attending CU. After college, Jackie worked at the New York Deli in Boulder when it gained national attention with the filming of Mork & Mindy. Her interactions with Robin Williams provided an ever-increasing treasury of witty stories, which Jackie enjoyed sharing among friends. Her subsequent employment began in 1983 as a contracting officer for NOAA, where she enjoyed more than 30 years of service. She retired in 2012. Jackie was proud of her French heritage. Her father met her mother in Le Havre, France, after having landed on the beaches of Normandy on D-Day. As a small child, she traveled with her mother by boat to France and often talked of fond memories of her grandmère and grandpère and eating crepes at the Eiffel Tower. In 2008, she traveled back to France and then years later to Morocco with her partner, Susan, to be reunited with her cousins, Sonia, Patrice, and Marie. She was surprised and elated to learn that she had dozens of relatives whom she had never met. Jackie was an excellent cook. She learned French cuisine from her mother, and she took pride in everything she made. She loved to cook for her friends and family. During the pandemic, she started baking, perfecting sourdough and French pastries. Ten pandemic pounds quickly invaded all of us! She enjoyed Louisiana Creole cooking, which she looked forward to during numerous trips to New Orleans. She particularly enjoyed attending the New Orleans Jazz Fest year after year. Jackie was well traveled, having visited many international destinations. She checked off a bucket list item when she rode a camel in the Sahara Desert. Jackie was an exceptional athlete. During her middle and high school years, she participated in shot put, javelin, and discus events on the Denver All Stars, a traveling track team. She set state records, qualified for national competitions, competed in the Junior Olympics, and ultimately participated in the U.S. Olympic trials in the discus throw. Jackie played for the CU Women's basketball, volleyball, and rugby teams. After college, she played rugby for 25 years, notably with the Colorado Olde Girls, and was inducted into the Eastern Rockies Rugby Football Union Hall of Fame in 2000. Jackie also played first base for numerous softball teams in Boulder and Denver for 40 years. An avid sports fan, Jackie had season tickets to the Denver Broncos and the Colorado Rockies. Jackie is survived by her partner of 26 years, Susan Riggs of Boulder; her cousins Sonia Simone Gautheret (Daniel) of Arcambal, France and Marie José of Le Havre, France; and many other relatives in France. Additionally, she is survived by sisters-in-law Sally Gallagher (Chris) and Jennifer Green (Levi); nieces Molly Gallagher and Madeleine Green; and nephew Michael Gallagher. She is preceded in death by her mother, Simone Louise Adenet Wright, and her father, Richard Charles Wright. Jackie's mental and physical toughness, along with her unwavering positive outlook, were instrumental in everything she did, and these traits successfully carried her through life. Her love for nature, the environment, and animals (especially cats) endeared her to her friends and family. Jackie’s enjoyable and loving personality will be deeply missed, while her inspiration will long endure with her family and friends. If you wish to honor Jackie with a donation please consider the Humane Society of Boulder Valley or The Nature Conservancy. A celebration of life will be announced in the future.