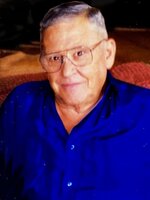 Jack Newman Bell, 92, of Boulder, died September 29, 2021 Jack was born on December 22, 1928 to Jessie Vardeman Bell and Olive House in Kansas City, Missouri. In 1947 he moved to Boulder to attend the University of Colorado. When the Korean War intervened, Jack became a US Navy carrier pilot on the USS Oriskany, and flew with squadron VF193, Ghostriders. He served for four years active duty and then another 16 in the Naval Reserve, retiring with the rank of commander in 1972. Returning to CU, he became the president for the Delta Tau Delta Fraternity Beta Kappa chapter and earned an honorary membership in Phi Epsilon Phi. He completed his bachelor’s degree in architecture in 1956. Jack married Ruth “Robbie”, Louis Roberts on August 22, 1953, and they made their home in Eldorado Springs where he’s lived ever since. Jack spent the first 18 years of his career working as a principal architect and a project manager for a several firms in Colorado. He helped design and manage projects both large and small across Colorado and neighboring states. In Boulder, notably, he worked on designs for the Crestview and Burke Elementary Schools, Mount Zion Lutheran Church and the Crossroads North Shopping Center. Jack was then hired as NCAR’s first in-house architect. His biggest challenge at NCAR was designing the High-Altitude Observatory's space in the Mesa Lab in 1980. His proudest achievement at NCAR was the redesign of the Mesa Lab's Main Seminar Room which earned Jack a nomination for an Outstanding Performance Award. An active community member, Jack belonged to the Jaycees, the volunteer fire dept., the Community Improvement Council, and the Rocky Mtn. Rescue Group. Jack loved to go hunting, fishing, and camping in the beautiful mountains and waterways of Colorado and the US. He was preceded in death by his parents, his son Chris and his wife. He is survived by his brother Bob and Joni Bell of Denver and his children, Cozette Seaver, Corwin Bell, Carla Hale and granddaughter, Kate Seaver. A private family celebration of life will be held, followed by a burial at Ft. Logan National Cemetery, Monday October 25th, 1:15 P.M., 4400 W. Kenyon Ave, Denver. Military Honors by the United States Navy. Contributions can be made to Tru Community Care Hospice,2594 Trailridge Dr. E., Lafayette, CO. 80026, or https://www.trucare.org/make-a-donation-to-tru/ POEM by Will Dart for Jack N. Bell He hid his wisdom about him Like little bits of lint in his clothes, Tucked away, not important, Nearly forgotten, until the time came And he would pluck one from his sleeve, Surprised that it was still there, That you wanted to know about it. And then the array of life behind him, The humble-knowing-generosity of him, Would unfold before you, between you, Like a mirage, like a painted scene Vibrant and complete, unrelentingly true. It was old wisdom, wisdom whispered From the wrinkled lips of ancients, But joyful, possible, tingling, sweet. It was all there in his twinkling eyes— And he was still surprised you wanted to hear— But the surprise was him, such a soul, Walking amongst us, watching life, Seeing underneath all the decoration, Collecting all the little bits of truth For us to pluck off, one by one, for all time.