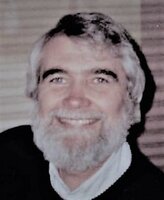 John Joseph Fitzgerald John Joseph Fitzgerald passed away in Boulder, Colo., Monday, Aug. 23, 2021. He was a devoted husband, awesome dad, loyal friend, loving son, brother, uncle and cousin, patient Tigers fan and all-around beautiful human being. John was born in 1940, in Detroit, to Patrick Francis Fitzgerald and Bridget Herlihy Fitzgerald of County Kerry, Ireland, both now deceased. John grew up alongside his siblings, Mary Ellen, Frank and Jim. He graduated from University of Detroit High School in 1958, then earned Bachelor of Arts and Master of Arts degrees. John worked for more than 35 years as a teacher and guidance counselor in the Westwood School District in Dearborn Heights. John married Fay Eileen Potter in 1971, and moved to Grosse Pointe Park in 1973. There, John and Fay raised their kids, Jennifer and Kevin, and became active and supportive community members. Among many other things, John was an avid sailor. He was an enthusiastic participant in the Tuesday Night Races at Windmill Pointe Park for decades and belonged to the Grosse Pointe Sail Club. He also loved to sing, performing with the Grosse Pointe Lakeshore Chorus and joining the Society for the Preservation and Encouragement of Barbershop Quartet America. John was kind to everyone he met and he appreciated each day he had on this earth. He took his last breath at home and surrounded by family. He is survived and dearly missed by Fay Fitzgerald, Jennifer Fitzgerald, Kevin Fitzgerald, Eric Kisskalt, Jim Fitzgerald and many other cherished family members and close friends. The family requests that donations in John’s name go to the Rocky Mountain Multiple Sclerosis Center in Denver at 37004.thankyou4caring.org. Murphy Funeral Directors in Boulder, Colo. is in charge of the arrangements.