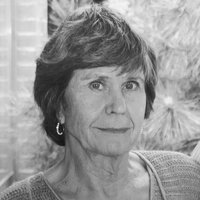 Marilynn Skidmore Sawin died March 16, 2021, at TRU Hospice Care Center in Longmont, Colorado, after a period of declining health. Private family services were held. She was born February 2, 1932, in Hutchinson, Kansas, to John William Skidmore and Hilvid Ingeborg Spong Skidmore, and grew up in Kansas and Iowa. She earned her BA at Cornell College in Mount Vernon, Iowa, and embarked upon graduate study in English at Duke University, where she met her husband, H. Lewis Sawin. They settled in Boulder in 1956. Marilynn taught English Composition at the University of Colorado and worked on several university-sponsored public humanities projects, including a statewide library program to explore George Orwell’s novel 1984 and a foreign film series in small Colorado towns. A lifelong feminist, she participated in founding the Women’s Studies program and, when CU initiated classes for adult learners, eagerly taught her peers in what was originally called the “Mini-College for Women.” She enjoyed discussing literature and politics and served as a precinct organizer for the Democratic Party. She and her husband enjoyed travel, including semesters spent in England, and trips to Sweden, Mexico, Singapore, and China. Her husband and parents and her sister, Gwen Martin, preceded her in death. She is survived by daughters Barbara Donaldson and her husband Michael Donaldson of Parker, Colorado, and Patricia Sawin and her partner Bron Skinner of Chapel Hill, North Carolina, and grandchildren Connor and Aidan Donaldson and Elizabeth Sawin. Contributions in her memory may be made to the Charles and Mildred Nilon Teacher Education Scholarship Fund at the University of Colorado.