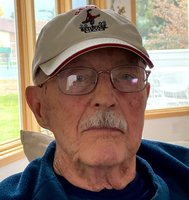 Richard Roland 'Dick' Gardner died on February 10, 2021. He was 93 years old. Dick was born in Salt Lake City, Utah, on September 28, 1927, to Roland Warde Gardner and Elizabeth Grace Stark. The family resided in Logan and then Salt Lake City until 1932 when they moved to Los Angeles and eventually to San Francisco and Mill Valley where Dick attended middle school and high school. He enlisted in the U.S. Army Reserves during his senior year in high school, was sent to Ft. Lewis, Washington, for basic training, and became a Drill Instructor and Battalion Color Sergeant. He was promoted through the ranks to Staff Sergeant and remained at Ft. Lewis for the remainder of his active duty. Following discharge, he joined the Army Reserve and served a total of 10 years in the Regular Army and Army Reserves following World War II and during the Korean War, but saw no combat. He attained the rank of Infantry First Lieutenant before leaving the U.S. Army Reserves in 1955. He was awarded his Diploma from Tamalpais High School and later earned an Associate of Arts degree from Marin Junior College and an AB Degree from the University of California at Berkeley. In 1951, he took a job as clerk-typist with IBM Corporation in San Francisco and eventually spent 32 years with the company. In 1961, he was Division Manager of Financial Services reporting to the Division Controller, and following the relocation of Division Headquarters from New York to New Jersey in 1962, he became assistant to the Division President. In 1965 he was promoted to manager of a small manufacturing plant in Sherman, Texas. He later became Division Manager of Manufacturing responsible for several manufacturing plants across the U.S. including the one in Texas. He subsequently became a product manager with additional responsibility for product development and marketing. In 1969, Dick and his family moved again, this time to Stamford, Connecticut, where he was named Manager of Manufacturing Planning reporting to the Vice-President of Manufacturing of IBM's Components Division, overseeing the creation of three new manufacturing plants, two in Europe and one in the U.S. responsible for the manufacture of semiconductors and other components used in the manufacture of computers. In the early 1970's he joined IBM's corporate headquarters on the staff of the IBM Vice-President of Manufacturing where he served as Director of Manufacturing Planning and Director of Manufacturing Manpower Development. In 1976, the IBM Facility in Boulder, Colorado, was undergoing a major organizational change merging two IBM Product Divisions on the site. Dick and his family moved to Boulder and he became Director of Site Operations and was also responsible for the company's community relations in Boulder. He served as Chairperson of the Boulder Chamber of Commerce Board of Directors and on its Executive Committee. He formed an adjunct committee dedicated to improving relationships between the Chamber and the City Leaders called the Economic Council of Boulder and served as its first Chairperson. He also served as a member of the Boulder County Long-Range Planning Committee, on Town and Gown, and as a member of the advisory board of the Boulder Valley School District Substance Abuse Prevention Project, as well as a charter member of the Boulder Chapter of Colorado's Communities for a Drug-Free Colorado. He served on the Board of Trustees of the Boulder Chapter of the Mile High United Way and participated in a reorganization establishing the Boulder County United Way as a separate and independent organization. In 1987, he rejoined the Board when he was asked to be Chairperson for the annual fund drive that year. Dick also served as president of the Board of the Boulder County YMCA, president of the Boulder Community Hospital Foundation, and as a member of the Board of Directors of Hospice of Boulder County, the Boulder Rotary Club Foundation. He served on major capital fund-raising committees for the YW CA, Hospice, and Emergency Family Assistance organizations. He was a life member of the University of California Alumni Association and became a life member of the Alumni Association of the University of Colorado as a "Friend of the University" and became a member of its branch organization, the CU Directors Club. He was later elected to its board and served as its Treasurer. After his retirement from IBM, he started running races at varying distances including marathons. He was most proud of qualifying for and running in the Boston Marathon in 1989. Dick was a member of the Boulder Road Runners and also served on the Advisory Board of the Bolder Boulder. He also became interested in mountaineering when was asked to join a friend climbing Long's Peak. Seven years after the ascent of Long's Peak, he achieved his next goal by summitting his 55 peak in September 1992 with a host of friends who had climbed and back-packed with him over the years. Dick continued to climb 14ers and to help others with similar goals. Before he packed it in, he had summited 84 of Colorado's 14ers. He is survived by his wife, Linda, three children, Vincent of San Rafael, CA, Linda of Solana Beach, CA, and James of Austin, TX. He is also survived by a sister, Penelope McNair of Salt Lake City, UT, five granddaughters, and many great-grandchildren. Cremation has occurred. In accordance with his wishes, no public service will be held. Private family services for the placement of his ashes will be held at Green Mountain Cemetery in Boulder after the pandemic. In lieu of flowers, contributions may be made to a charity of the donor's choice. The family thanks everyone who has offered their support and condolences.